Ciheb has completed the first phase of a new COVID-19 population-based serosurveillance study in the Nigerian states of Enugu, Nasarawa, and Gombe. Called the “COVID-19 Household Seroprevalence Survey” (CHSS), the survey found that a significant proportion of people in Nigeria are still at risk of SARS-CoV-2 infection (the virus that causes COVID-19) and thus COVID-19.

Blood samples were collected from over 8,000 individuals residing in a representative sample of households in the three states between September and October 2020. The blood samples were then tested for the presence of SARS-CoV-2 antibodies applying locally validated laboratory tests. Individuals who provided blood samples also answered a brief questionnaire that enabled the study team to characterize factors related to positivity and identify which population groups were most affected.

Survey findings revealed that the prevalence of SARS-CoV-2 antibodies was 23% in Enugu State, 19% in Nasarawa State, and 9% in Gombe State. This means that approximately 1 in 5 individuals in Enugu and Nasarawa State would have ever been infected with SARS-CoV-2. In Gombe, the proportion is even lower at about 1 in 10.

The seroprevalence of SARS-CoV-2 found in each state was higher than had been reported through the Nigerian national surveillance system, which is expected based on limited initial testing, symptomatic testing strategies, and the ratio of symptomatic to asymptomatic cases worldwide.

Read about the survey in The Guardian.

“The survey has helped to more precisely quantify the epidemiologic story of SARS-CoV-2 in Nigeria. The results will be useful for the next phase of mitigation strategies considering the proportion of the population still at risk for infection,” said Ciheb Deputy Director and Principal Investigator Dr. Kristen Stafford. “I am really proud of our team, who worked diligently to produce these critical findings.” The two other principal investigators are Mrs. Elsie Ilori, MSc, Nigeria Centre for Disease Control, and Dr. Laura Steinhardt, U.S. Centers for Disease Control and Prevention.

To carry out the study, Ciheb partnered with the Nigeria Centre for Disease Control (NCDC), the Nigeria Institute for Medical Research (NIMR) — who also simultaneously surveyed the State of Lagos, the Nigeria COVID-19 Research Consortium, the National Population Commission of Nigeria, the National Malaria Elimination Programme, and the University College London (with support from the Bill and Melinda Gates Foundation). This work was supported by the U.S. Centers for Disease Control and Prevention under the terms of cooperative agreement NU2GGH001976. 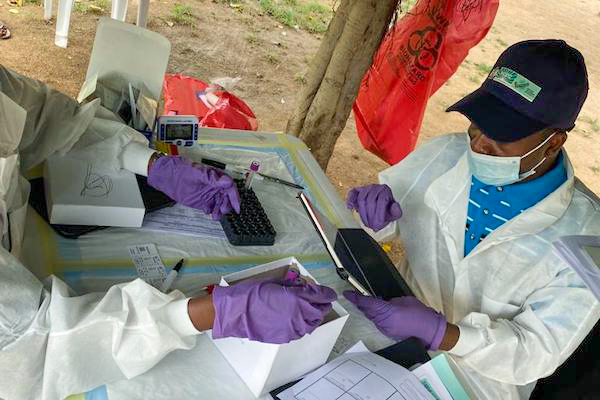 Observing CAPI input by the tester. 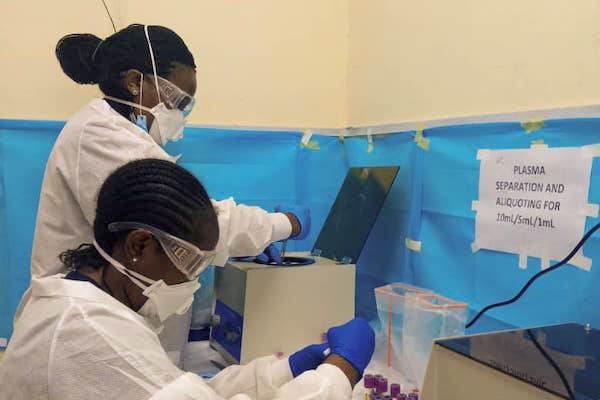 Sample processing into aliquots at the satellite lab in Nasarawa State. 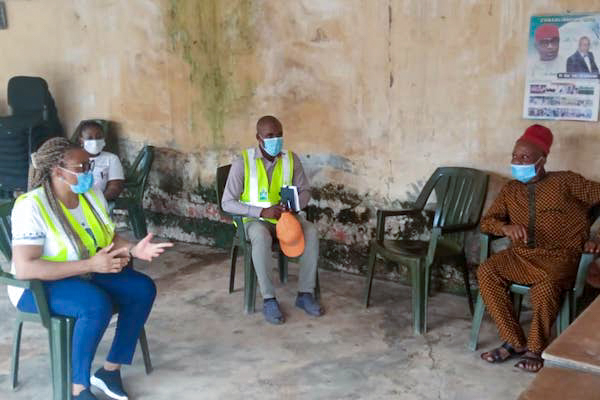 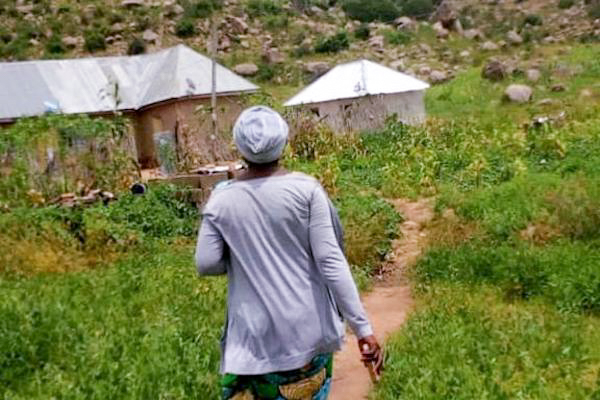 See our gallery page for more images from the COVID-19 Household Seroprevalence Study.

Cross-Reactivity with Other Diseases

Numerous obstacles challenged the logistical and technical aspects of this survey. Ciheb set out to conduct this large-scale survey over a 30-day period during the rainy season in September and October. Safety protocols to protect staff and participants also required extra resources.

Furthermore, there were potential confounding influences with the SARS-CoV-2 assays. Dr. Steinhardt had been following emerging evidence that some SARS-CoV-2 serological tests could be cross-reactive with other diseases, such as malaria. Malaria is highly endemic in Nigeria; field staff conducted malaria rapid tests and found 36% of the survey population tested positive.

The cross-reactive theory was supported after NIMR tested samples stored in the NCDC biorepository from the Nigeria HIV/AIDS Indicator and Impact Survey (NAIIS) that Ciheb conducted in 2018 — a year before any documented COVID-19 cases anywhere in the world. False COVID-19 positives resulted from 17% of the tested NAIIS samples. Dr. Stafford said that “the interpretation that continued risk mitigation is needed doesn’t change. If a proportion of the study sample were in truth false-positive, it would mean that more people were still vulnerable to infection, not less.”

Dr. Steinhardt indicated that “serology for SARS-CoV-2 in African settings is something we are learning more about every day, and we are very glad we took the time to validate the antibody tests using Nigerian samples. This allowed us to choose the best-performing tests given the cross-reactivity issues we that we saw.”

“Community mobilization and stakeholder engagement are major components of any population-based survey,” Dr. Stafford said. Before survey teams begin field work, an advance team meets with tribal kings, church leaders, or other community representatives to explain the survey, get their permission, and alert the community that the survey is coming. Ciheb used the local staff resources developed during the NAIIS to conduct community mobilization in the CHSS. This gave the CHSS a distinct advantage with respect to stakeholder engagement and led to a higher-than-expected response rates of 95% for households, 95% for individual interviews, and 98% for blood draws.

The UMB-implemented survey will be expanded to more two more states in the coming months. “It will be quite informative to see results from the upcoming serosurvey in the two additional states to help understand how SARS-CoV-2 infections have evolved in the last six months in Nigeria,” said Dr. Steinhardt.