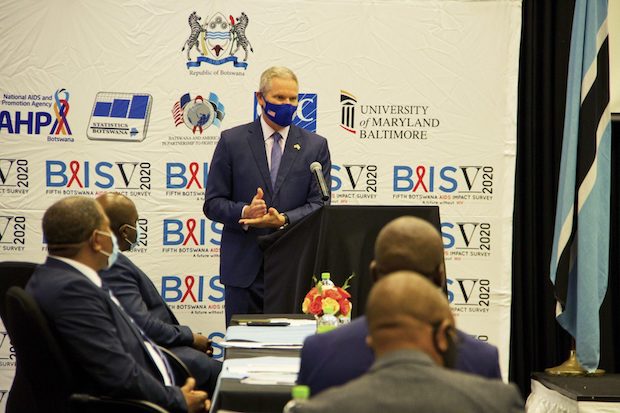 "We have been fighting HIV since 1985 in Botswana when the first case was identified in Francistown. This is a marathon, this is not a sprint, and in any good marathon, you have to know the route or a map, or else you may not reach that finish line, and we are here today because BAIS V is going to give us that map."

On February 26, 2021, the long-awaited national launch of the fifth Botswana AIDS Impact Survey (BAIS V) took place, marking the end of the beginning phase of this long-awaited assessment. The survey had been delayed due to COVID-19, but now all is set to move forward with all necessary precautions taken and protective equipment supplied. It was a festive and inspiring launch event with speeches and music and entertainment by artists Lizibo, A.T.I, Charma Girl, and Rragwe Tinana. 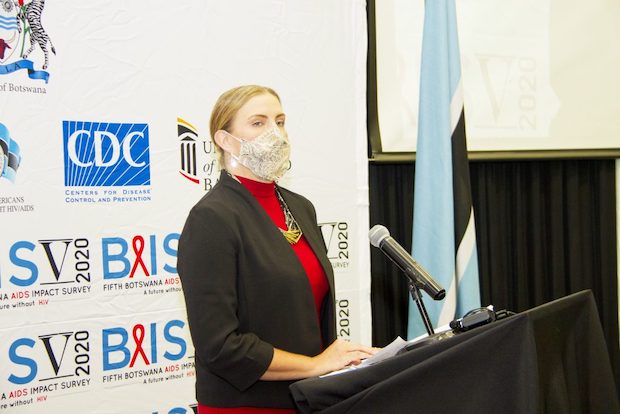 Standing on the Shoulders of Earlier Efforts

Mr. Selato kicked off the occasion by welcoming guests, those both physically or virtually present. Selato emphasized that BAIS V stands on the shoulders of the four previous BAIS, which in 2001, 2004, 2008, and 2018 sought to quantify the impact and progress of HIV/AIDS programming in Botswana. Also, BAIS V would take new measures to link people who test positive for HIV to care, thereby helping to close gaps in the pockets of those that have not yet been tested or know their HIV status. BAIS V would also include CD4 count and viral load testing as further improvements on the previous BAIS. Selato also made clear that over the previous several months, BAIS V has developed new standard operating and mitigation procedures in response to COVID-19.

Principal Investigator for BAIS V Dr. Manhattan Charurat of the University of Maryland, Baltimore delivered a virtual address to the participants from the United States. “In many ways, Botswana has been and remains a role model and leader in the HIV response,” said Dr. Charurat. “It was one of the first countries to adopt an HIV focused survey as an approach for monitoring the HIV epidemic starting with the first BAIS.” He applauded the nation for being the first to adopt a “Treat All” strategy to increase and expand care. The investment has paid off, and Botswana has now surpassed the UNAIDS 90-90-90 targets. Dr. Charurat indicated that BAIS V would help the Governments of Botswana and the United States direct resources with precision to attain epidemic control.

Botswana performers Lizibo, A.T.I, Rraagwe Thinana, and Charma Gal perform in a music video to increase national awareness and participation in the survey.

PEPFAR Coordinator Ms. Lindsay Little indicated that BAIS V represented a special and remarkable achievement for the Botswana–United States partnership. The survey has overcome many unforeseen challenges, most especially the COVID-19 pandemic. She highlighted the objective of PEPFAR areas of funding, training, and expertise in the continuous strengthening of Botswana’s multisectoral HIV response and the nation’s health public system, leading to a remarkable decline of HIV cases over the past two decades.

“We are very proud that the country has reached a point where mother-to-child transmission is nearing elimination; free ARV treatment has been expanded to non-citizens; and other prevention programs have been scaled up, like TB preventive therapy and cervical cancer screening and treatment,” Little said. She congratulated the unwavering efforts and commitments of Botswana’s leadership, communities, and civil societies, which have led to the country being amongst a few nations in an advanced phase of HIV response. The fifth survey would set Botswana on a faster trajectory for epidemic control elimination of HIV epidemic in the foreseeable future. 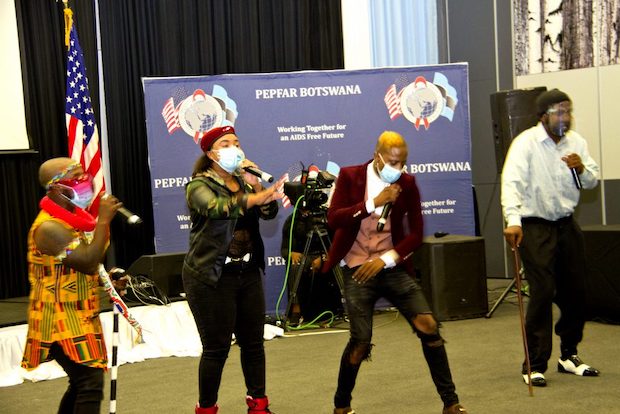 “Show Me the Data”

U.S. Ambassador to Botswana Craig L. Cloud affirmed the U.S. commitment in helping Botswana end HIV by 2030 and compared the efforts to a marathon. Ambassador Cloud added that since 2003, PEPFAR has donated more than a billion dollars to improve HIV testing, prevention, and treatment strategies in Botswana and expanded capacity at the University of Botswana School of Allied Health Sciences and the National Public Health Laboratory.

Ambassador Cloud concluded his rousing presentation by stating that: “At the end of the day, what we concentrate on at PEPFAR is how does this (BAIS V) help the client, and a client is a human being, a person sitting in one village that needs (our) assistance, and if we don’t have the map (data from the survey), we cannot know the direction of the person’s house.” 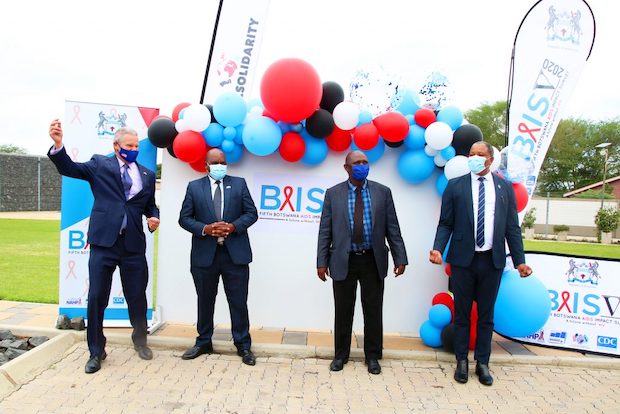 The Honorable Minister of Health and Wellness Dr. Edwin Dikoloti spoke to participants virtually, going into detail about how the previous four BAIS had successfully improved scientific data representation, ethical considerations, and the use of advanced technologies for data collection. He also described how the former President of Botswana during his 10-year tenure (1998-2008) had made AIDS a priority in his administration by launching a robust program to combat the disease and providing free anti-retroviral treatment to people living with HIV.

Dr. Dikoloti also expressed his profound gratitude to the CDC and PEPFAR for their continued support. He also emphasized the successes have contributed to progress in achieving the goals of Botswana’s Third National Strategic Framework and the UNAIDS 95-95-95 fast track initiative of ending the AIDS epidemic by 2030 and generally improve health outcomes. The minister also called on other stakeholders at district and community levels to give their support to community mobilizers carrying out the field work of BAIS V and encourage all to participate.

Finally, with a reminder that all COVID-19 precautions have been taken, the Honorable Minister pronounced BAIS V officially open.

This story originally appeared on the BAIS V website.