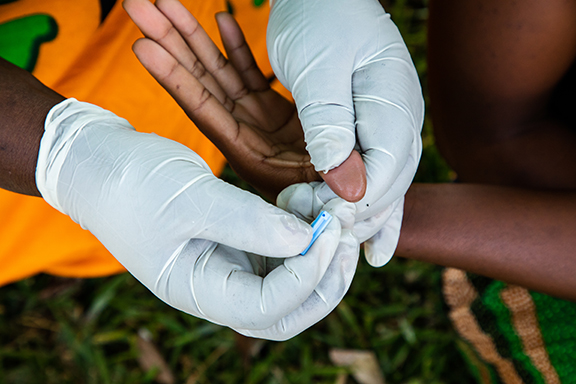 A new study by Ciheb researchers has discovered that the HIV treatment approach known as “test and treat” may not be effective across all clinical settings.

Antiretroviral therapy, commonly referred to as ART, not only improves the health of people living with HIV by suppressing the virus, but also reduces the risk of onward transmission to others. According to UNAIDS, 59% of people in need of ART in sub-Saharan Africa were receiving ART at the end of 2017, an increase from 24% in 2010. The expansion of access to ART also resulted in a 36% reduction in AIDS-related deaths in the region over the same period.

Clinical trials have demonstrated that using ART earlier in disease progression results in better clinical outcomes for people living with HIV compared with delayed treatment. Evidence from these trials has contributed to the advent of “test and treat,” a treatment approach that places patients on ART soon after testing positive for the disease.

In 2015, HIV treatment sites supported by the President’s Emergency Plan for AIDS Relief (PEPFAR) in Nigeria launched a “Test and Treat” pilot program of initiating ART within two weeks of HIV diagnosis. The Nigerian Federal Ministry of Health also updated its HIV guidelines, expanding ART eligibility to all individuals with HIV infection regardless of CD4 cell count, and also recommending ART be initiated within two weeks of HIV diagnosis.

While the adoption of these measures is a positive development, a study conducted by Ciheb researchers found that the effectiveness of test and treat across clinical settings may be lower than that observed in previous randomized controlled trials.

Among the more significant findings of the study was the greater number of patients who withdrew from treatment under test and treat protocol. Writing in the journal PLOS ONE, the researchers indicate:

"We found that approximately one in three HIV-positive patients in Nigeria who participated in the Test and Treat pilot were [lost to follow up] LTFU by 1 year after treatment initiation compared to approximately one in five HIV-positive patients who had been previously enrolled in care, though this finding is limited by the fact that those previously in care were perhaps engaged with the clinic for a longer time than Test and Treat patients."

Test and Treat patients were more frequently lost to follow up and were less likely to consistently show up at for scheduled visits at a central clinic than previously enrolled patients. The researchers indicate that a possible solution would be to implement differentiated care models, versus a more centralized approach. More flexible service models that are tailored to meet the needs of clients and clinics, particularly as more patients initiate treatment, can help increase treatment adherence.

Click here to read more about the Ciheb study in PLOS ONE.