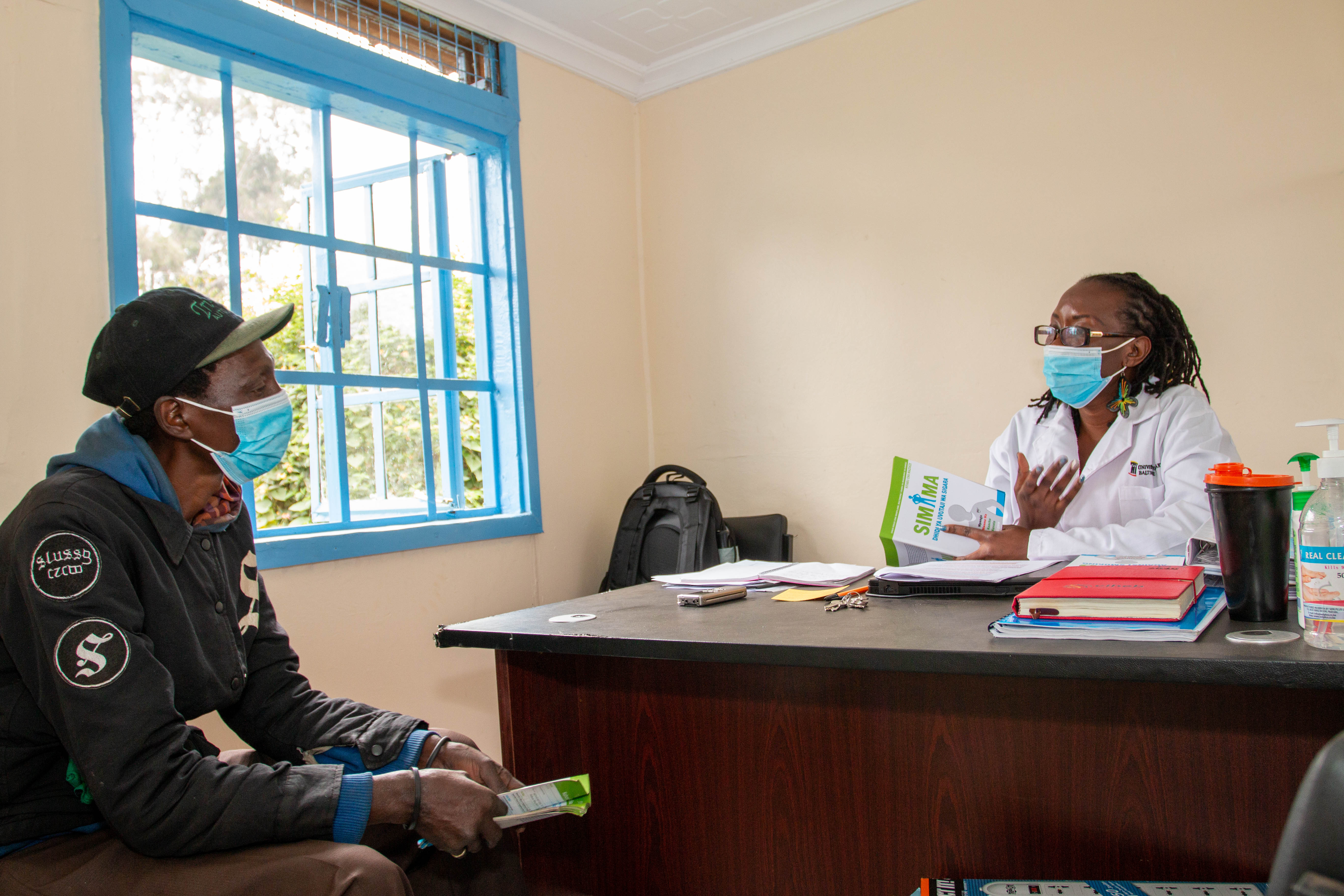 Smoking significantly impacts the progression and outcome of HIV and is a major factor in the premature mortality among people living with HIV. According to research conducted in 25 sub-Saharan African countries and published in Nicotine and Tobacco Research, having HIV is associated with a greater likelihood of cigarette smoking and use of smokeless tobacco.

Unfortunately, very little has been done in terms of smoking treatment in low-resource countries like Kenya, where people living with HIV are likely to be smokers at three times the rate of the general population. Smoking is also not a recognized risk factor of concern at HIV clinics, and patients who smoke do not receive additional support.

The University of Maryland, Baltimore (UMB) and Ciheb in Kenya, with funding from the National Institutes of Health, are conducting a five-year smoking cessation study among HIV-infected people in Nairobi, Kenya. The study is examining how combinations of pharmacological and behavioral interventions may improve the chances of maintaining long-term smoking abstinence. The study will provide needed efficacy data regarding the best treatment approaches for sustained tobacco abstinence.

The pharmacological intervention involves giving participants bupropion, a drug which has been recommended as a first line agent for smoking cessation. The psychosocial intervention will follow the Positively Smoke Free (PSF) methodology. PSF is a tailored intervention of eight sessions that has been specifically designed to provide counseling for HIV-positive smokers who are willing to quit smoking. There is also the existing standard care, which is called “Brief Advice to Quit,” which is a five-minute session on smoking cessation. Brief Advice to Quit utilizes the "5A approach," which is ask, advise, assist, assess, and arrange. This session is held between a research assistant and a participant, where the participant is taken through the Brief Advice to Quit module and the necessary steps to take to quit smoking.

The design will allow investigators to determine which paired intervention works best. "We will be comparing the different arms to come up with the study outcome. These participants will receive follow up for a period of nine months with some visits in between," said Patience Oduor, the Ciheb study coordinator. 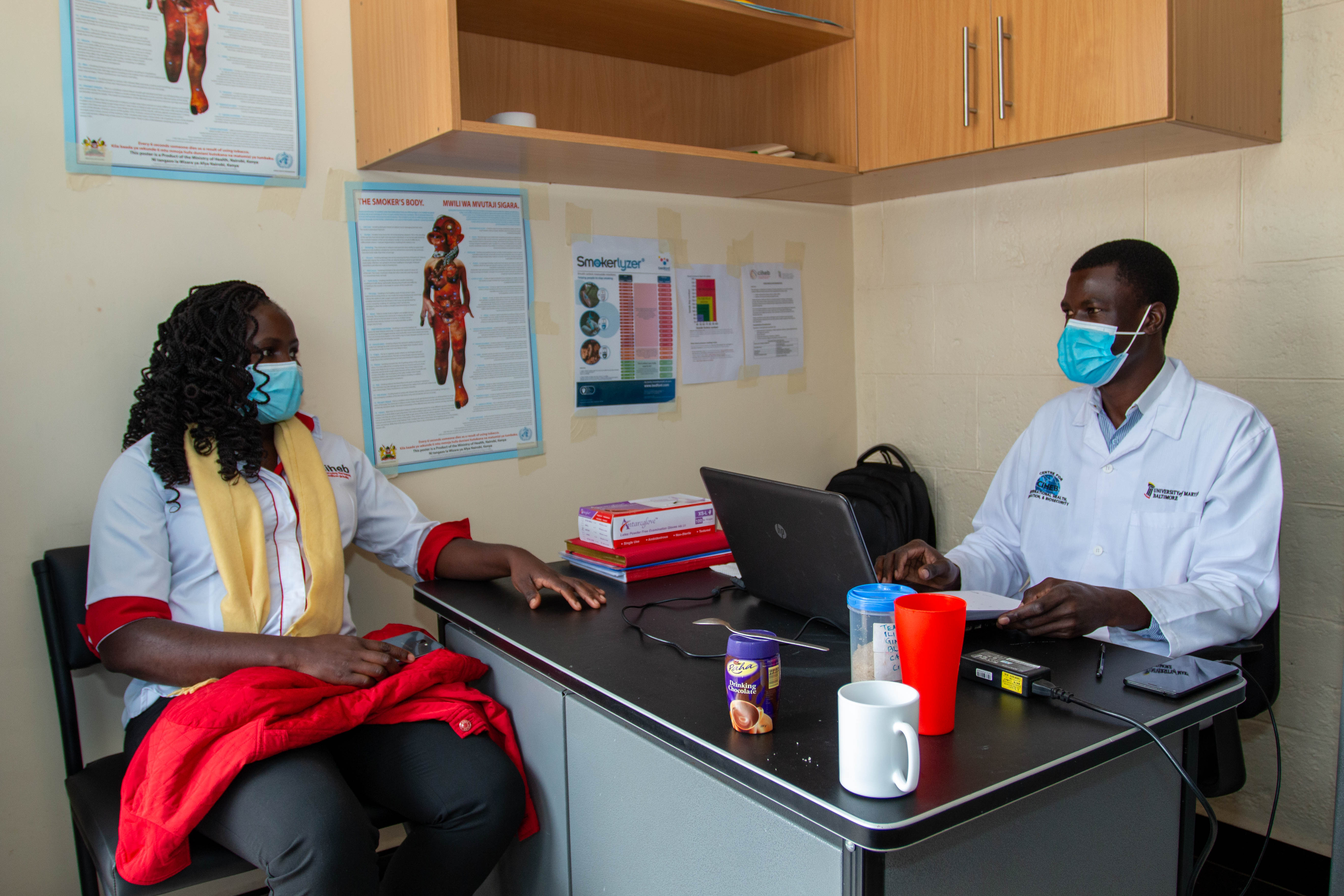 A focus group discussion was conducted among 50 participants as part of the formative research. Questions asked included when participants started smoking, what their triggers were, what they smoked, and their readiness to quit smoking.

The aim of the focus group was to provide initial insights on smoking behaviors to help inform and guide the main study. The focus group collected demographic data such as participant education, employment, and housing. It also provided information on their substance use, including alcohol, cocaine, and heroin.

The team was also able to show that most participants always purchase the cigarettes individually and not in packs, and 95% of these participants reported that they had tried to quit in the past, with most not having used counseling or pharmacotherapy to supprt these efforts.

"There's a lot of interest in smoking and tobacco use in various populations, and many people have reached out to know what work we are doing," said Dr. Emily Koech, one of the study investigators and CEO of Ciheb-Kenya, who presented the focus group results at the AIDS conference.

In the short term, the focus remains on meeting participant recruitment targets, as well as trialing treatment methods to help participants quit smoking. The study has already generated immense interest, and requests have been received to enroll more smokers in the study who are willing to quit. This points to a need to address the demands for affordable and evidence-based interventions that are integrated into public health care for greater impact and sustainability.