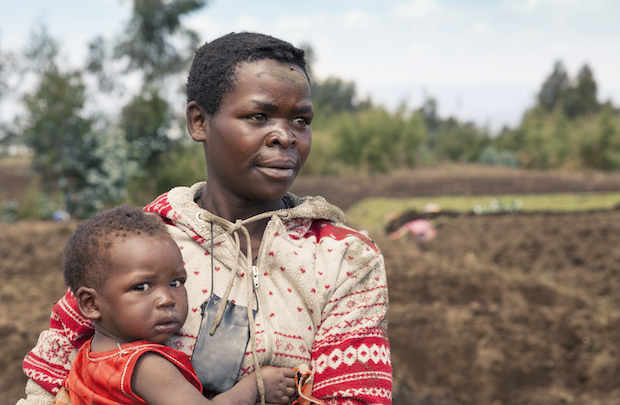 An ongoing Ciheb Rwanda partnership with UNICEF is tapping into Ciheb’s expertise in continuous quality improvement (CQI) to design strategies and interventions to reduce mother-to-child transmission of HIV at 18 healthcare facilities in the capital city of Kigali.

The project, officially titled the University of Maryland Partnership to Implement Quality Improvement Strategy in Prevention of Mother-to-Child Transmission, has been implemented in collaboration with the Rwanda Ministry of Health (MOH), the Rwanda Biomedical Centre HIV Prevention Unit, and the City of Kigali Public Health and Environment Department.

The overall aim of this project is to reduce maternal-to-child transmission of HIV by continuously improving the quality of services at all entry points within the prevention of mother-to-child transmission (PMTCT) continuum of care during pregnancy, delivery, and breastfeeding. Interventions have focused on adolescents, young and single mothers, and their babies.

In 2019, UNAIDS estimated that more than 95% of pregnant women were taking antiretrovirals (ARVs) for PMTCT, which helped avert 1,900 new HIV infections due to PMTCT. Despite these successes, there was a discrepancy in the vertical transmission rate (which includes during breastfeeding) of 6.17% from UNAIDS and 1.8% from national program data.

Dr. Jackson Sebeza, the program director for the UNICEF project, cited multiple explanations for the discrepancy, such as a lack of unique patient identifier to track patients, self-referrals, and those lost to follow-up. Dr. Sebeza also said the proportion of pregnant women receiving antenatal care (ANC) during the first trimester is low (38%), and some women don’t test for HIV for the first time until labor.

In response, Ciheb Rwanda proposed two solutions. The first was to build a case-based surveillance system to identify the timing of HIV transmission for any child in the system, and then link that information to when the mother first learned her status.

The second solution was to monitor mother-baby pairs and incorporate the data into the National Health Management Information System (HMIS), which are part of ongoing discussions with UNICEF and Rwanda MOH.

Across the 18 Kigali healthcare facilities, Ciheb has trained 64 providers so far in CQI and identified 24 (including at least one project per facility) CQI projects to implement related to barriers identified in the PMTCT continuum of care.

“We are working to ensure the sustainability of CQI initiatives by supporting the RBC to scale up CQI activities across all high-volumes sites,” Dr. Sebeza said. “We are also using the CQI digital app to monitor district hospital-based clinical mentorship indicators and ensure targets for mentorship and support are met.”

In the final quarter of the project, Ciheb Rwanda will conduct peer learning and experience sharing sessions with proper COVID-19 protocols in place. Ciheb Rwanda will also continue to support CQI projects such that the project’s overall goals for mother-to-child transmission, HIV early infant diagnosis, and other related indicators will improve.